BY CMAI, SUPPORTED BY AICTE, NSIC, DEPARTMENT OF MNRE, MSME

To meet rising passenger demand, the civil aviation ministry is pursuing efforts to have a second airport in major cities and requesting state governments to reserve land for building the aerodromes, according to a senior official.

Noting that land acquisition is a problem in the country, Mohapatra said at least 2,000 acres of land is required for construction of an airport.

"We have been writing to state governments from the ministry and the AAI to reserve land somewhere in the vicinity of the city for a second airport and use land restrictions so that structures do not come up," he told PTI in an interview.

"We are (also) trying for Kolkata, Chennai, Pune and other places," Mohapatra said while speaking on the sidelines of a conference here recently. India has been one of the fastest growing domestic aviation markets in the world. 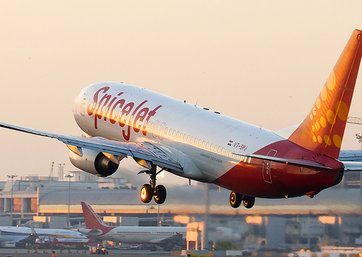 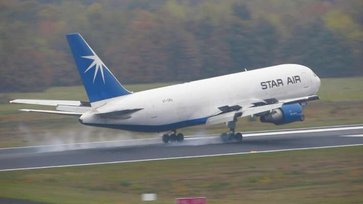 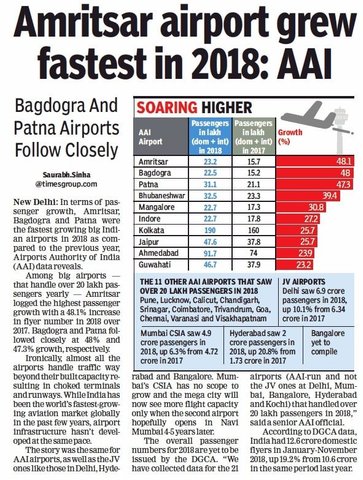 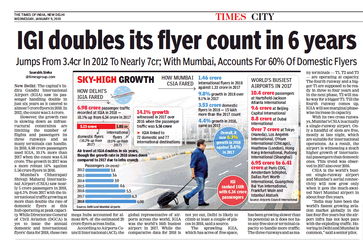 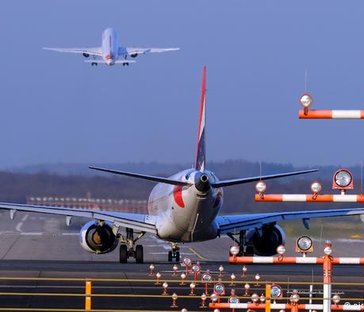 Budget carrier SpiceJet on Thursday announced the launch of 19 new flights connecting Mumbai to non-metro and smaller cities, which will be effective from the end of this week as the airline looks to expand its domestic network.

"We are taking all measures to deal with the shortage of capacity in the Indian aviation market. With these new and additional flights, we aim to minimize the inconvenience caused to the passengers due to the ongoing crisis within the aviation industry." Shilpa Bhatia, chief sales and revenue officer, said.

The move, the airline said, is a pro-active measure to counter the ongoing sector crisis which has resulted in a huge shortage of capacity in the market.

Also, 15 routes involving other cities in Maharashtra, including Pune, Nagpur and Nashik, have been cleared. Among airlines, the major gainers are SpiceJet, Alliance Air, IndiGo, TruJet and Star Air (run by the Ghodawat family), to whom the routes have been awarded under the UDAN (Ude Desh ka Aam Nagarik) scheme.

However, they will get non-prime or non-day time slots, because of congestion at Mumbai’s airport. Star Air, launched by Kolhapur-based educationist Sanjay Ghodawat, will connect Mumbai and Nagpur with Belgaum, besides connecting Mumbai with Kolhapur, and Hubli with Pune. The airline owns and operates two 50-seater aircraft (Embraer 145) on the Bangalore-Hubli and BangaloreBelgaum routes.

“Within a few months our passenger load factor has touched 60% and we expect to reach 90% once we sign an agreement with aggregators such as MakeMyTrip and Cleartrip,” said Ghodawat (64), an engineer who operates educational institutes with nearly 15,000 students in Kolhapur and Sangli. the country’s top politicians during poll campaigns.

In the last Union cabinet meeting before the general election’s announcement, 30 routes for various airlines were approved. Mumbai got the most, 15, followed by Nashik, Pune and Sholapur. According to sources, the routes will soon be “formalized”. Additional infrastructure at some of the regional airports is almost ready, they said.

Huge growth in passenger trafic even on regional sectors

In terms of passenger growth, Amritsar, Bagdogra and Patna were the fastest growing big Indian airports in 2018 as compared to the previous year, Airports Authority of India (AAI) data reveals.

Among big airports — that handle over 20 lakh passengers yearly — Amritsar logged the highest passenger growth with a 48.1% increase in flyer number in 2018 over 2017. Bagdogra and Patna followed closely at 48% and 47.3% growth, respectively.

Ironically, almost all the airports handle traffic way beyond their built capacity resulting in choked terminals and runways. While India has been the world’s fastest-growing aviation market globally in the past few years, airport infrastructure hasn’t developed at the same pace.

The story was the same for AAI airports, as well as the JV ones like those in Delhi, Hyderabad and Bangalore. Mumbai’s CSIA has no scope to grow and the mega city will now see more flight capacity only when the second airport hopefully opens in Navi Mumbai 4-5 years later.

The overall passenger numbers for 2018 are yet to be issued by the DGCA. “We have collected data for the 21 airports (AAI-run and not the JV ones at Delhi, Mumbai, Bangalore, Hyderabad and Kochi) that handled over 20 lakh passengers in 2018,” said a senior AAI official.

Due to huge growth in aviation sector, there is lot of demand in the field  of Aeronautical Enginering, Aircraft Maintenance Engineering & Cabin crew.

The capital’s Indira Gandhi International Airport (IGIA) saw its passenger handling double in just six years as it catered to almost 7 crore flyers in 2018. In 2012, the count was 3.4 crore.

However, the growth rate is slowing down as infrastructural constraints are limiting the number of flights and passengers its three runways and as many terminals can handle. In 2018, 6.98 crore passengers used IGIA, 10.1% more than 2017 when the count was 6.34 crore. The growth in 2017 was a more robust 14% against 5.56 crore flyers in 2016.

Mumbai’s Chhatrapati Shivaji Maharaj International Airport (CSIA) saw nearly 5 crore passengers in 2018, up 6.3% from 2017 with the international traffic growing at more than double the rate of domestic flyers at this hub operating at peak capacity. While Directorate General of Civil Aviation (DGCA) is yet to issue the annual domestic and international flyers’ data for 2018, these two mega hubs accounted for almost 60% of the estimated 20 crore flyers across India.

According to Airports Council International (ACI), the global representative of airports across the world, IGIA was the world’s 16th busiest airport in 2017. While the comparative data for 2018 is not yet out, Delhi is likely to climb at least a couple of places in 2018, said a source.

The sprawling IGIA, which has acres of free space, has been growing slower than its potential as it does not have any free slot or terminal capacity to handle more traffic. The three runways and as many terminals — T1, T2 and T3 — are operating at capacity. The fourth runway and a bigger T1 are supposed to be ready in three to four years and in the next phase, T2 will make way for a bigger T3. Till the fourth runway comes up, IGIA will see marginal phasewise increase in capacity.

With its two cross runways, Mumbai’s CSIA is actually a single-runway airport. Only a handful of slots are free, mostly at late night, which are suitable for international operations. As a result, the airport is witnessing a much higher growth of international passengers than domestic ones. This trend was observed in 2017 also over 2016.

CSIA is the world’s busiest single-runway airport and Mumbai’s aerial connectivity will now grow only when it gets the much-awaited Navi Mumbai airport in about four-five years.

“India may have been the world’s fastest growing aviation market globally in the last four-five years but the airport infra has not kept pace with the exploding traffic. Hovering in Delhi and Mumbai is common,” said a senior pilot.

Terming the creation of infrastructure a big challenge, Civil Aviation Minister Suresh Prabhu on Saturday said India will need at least 1,000 planes in the next few years as it prepares a comprehensive and integrated plan for 2035 to boost the sector.

"To create infrastructure for aviation is a big challenge and we, therefore, are preparing a comprehensive and integrated plan for 2035.... Aviation is one of the sectors that can play a leadership role in the world," Prabhu said at an event organised by CII here.

Delivering the Suresh Neotia Memorial Lecture on "Future of World Trade in Rising Clamour for Protectionism", Prabhu said the government was also preparing a cargo policy that has a tremendous growth potential.

"Separately, we are preparing a cargo policy as it has a huge potential to grow with the growing need to transport cargo from one place to another. Cargo flights can move at night with the policy coming in," he said.

The minister stated that the country's aviation sector would log the highest continuous growth in the next few years, with technology and land being the key factors.

"We need to create infrastructure on the ground to make flying successful. Procuring land for infrastructure projects is a challenge in India and land is going to be the driving force for many development projects in India," Prabhu said.

"Technology is going to play a big and key role," he said.

He said India was also preparing a plan for manufacturing planes in the country.

"We need al least 1,000 planes in the next few years and don't want to import them. We are separately preparing a plan for manufacturing these planes in India," he said.

Another plan was afoot for making drones. "Drones will now play an important role and drones itself is a trillion dollar market. For which we are preparing a plan."

Pointing out that a million jobs would be created in the aviation sector, the Minister said: "We need skilled man power and we are working on a skilled development programme."